The project began with shot blasting the concrete deck to remove all deleterious material. Laitance, curing compound, and other contaminants could interfere with the bond of the BDM cold fluid applied Waterproofing System to the deck. Shot blasting is the preferred method of surface preparation because most dust and friable particles are self contained by the vacuum system of the shot blast machine.

Following surface preparation, Quality Control procedures began. A Bridge Preservation inspector recorded environmental conditions and inspected the surface preparation of the deck to ensure that it was sufﬁcient to ensure proper adhesion of the waterprooﬁng system. After the inspector determined that ambient conditions were satisfactory, priming of the deck began. The primer was applied through specialized two component spray equipment.

After approximately 30 minutes the Bridge Deck Primer had cured and was ready to receive the Bridge Deck Membrane cold fluid applied waterproofing. The base coat was installed at 80 mils. Upon completion of the 80 mil base coat, an additional layer of membrane (grey for purposes of visual coverage) was sprayed to provide a medium to set broadcast aggregate. This additional layer is used in areas of high grade (3-4%), where elevated shear load is anticipated, or when road trafﬁc will be allowed to run on the deck for extended periods. This layer is applied at 30-40 mils. 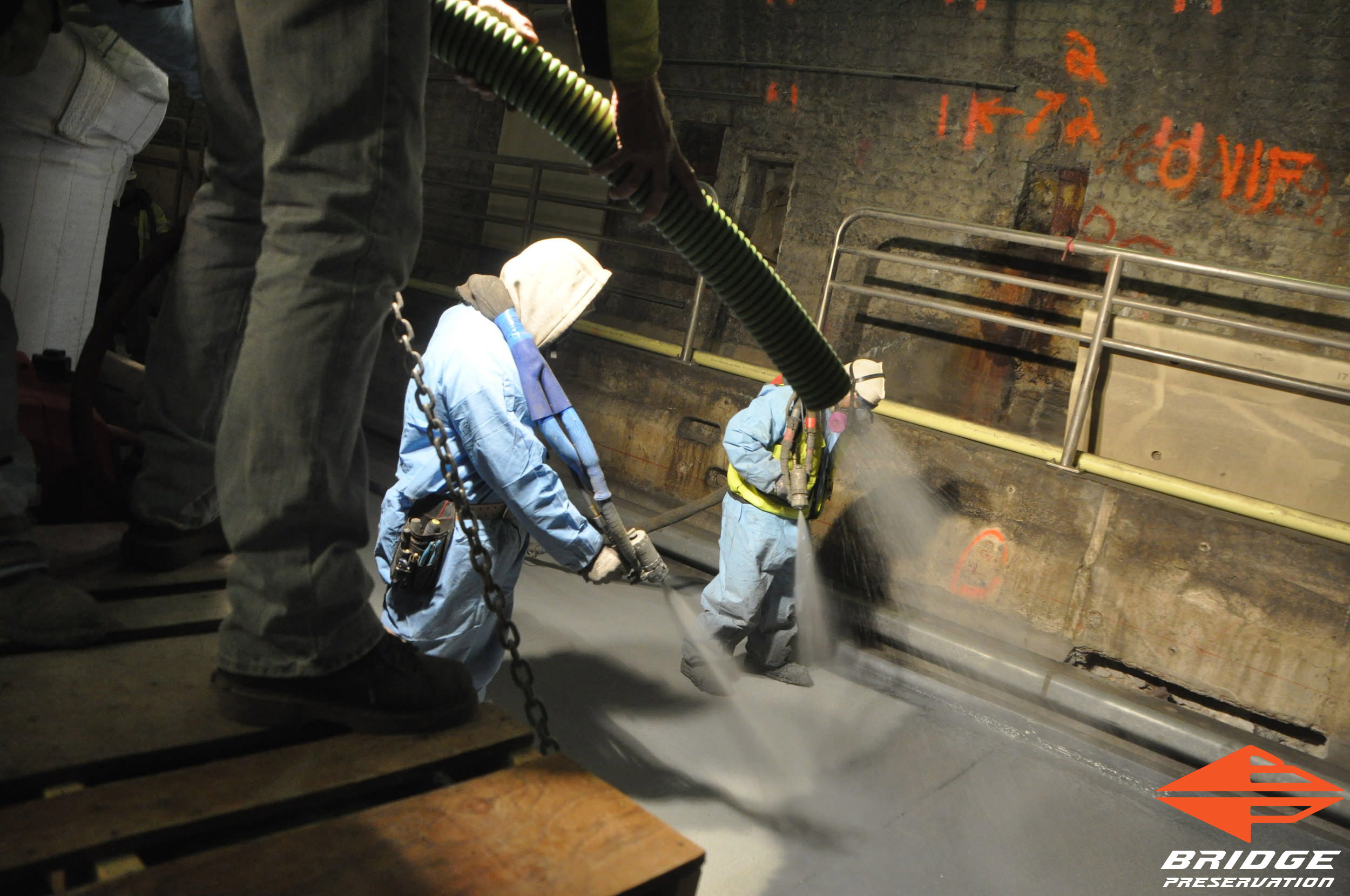