This brand new 963-foot-long steel arch bridge replaces an iron truss bridge built in 1875 by the Erie Railroad.  Spanning the 235-foot-deep Genesee River gorge, the new bridge includes a 483-foot arch with three 80-foot girder spans.  The bridge has a ballast-filled concrete deck, protected with Bridge Deck Membrane, an innovative, high performance waterproofing system.  With a rapid cure time regardless of ambient temperatures, the installer Eastern Bridge Works was able to install the waterproofing in temperatures as low as 35°F.

Norfolk Southern achieved a number of goals for this project, including:

The Portageville Bridge has a storied past, originally built in 1952 at a cost of $175,000.  At the time, it was the longest and tallest wooden bridge in the world.  After a fire destroyed the bridge in 1875, a new iron bridge was built.  Construction started in June 1875, and was opened to rail traffic at the end of July 1875.

Replacement of the Portageville Bridge 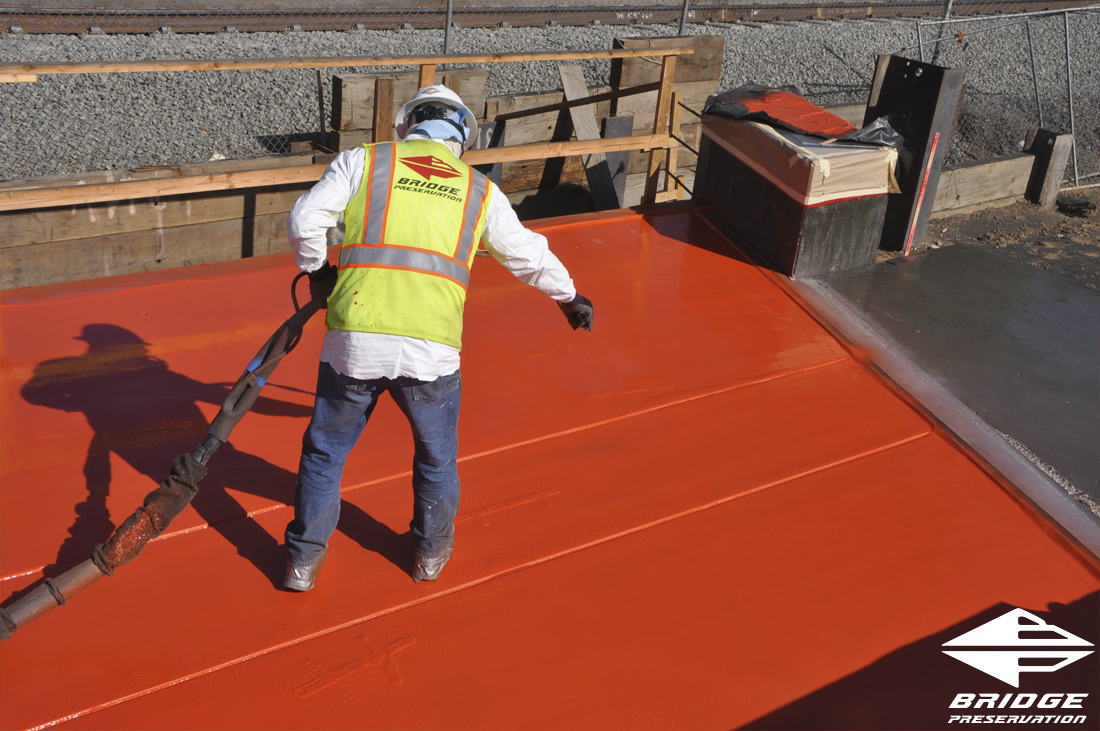