The 53-year-old Callahan Tunnel, originally opened in 1961, was closed shortly after Christmas 2013 for a multi-million dollar renovation project. The floor had badly deteriorated and after a wall panel fell in 2012, many more were soon discovered to be defective. Because the main thruway to East Boston and Logan International Airport carries 30,000 cars a day, many drivers and area businesses were concerned a three month closure would cause massive traffic problems and delays.

With the help of Bridge Preservation’s state of the art, high performance spray applied tunnel waterproofing membrane, as well as their approved applicator Island Pavement Cutting Co., Inc.’s highly trained staff, the Callahan Tunnel project was completed two (2) days ahead of schedule with nearly one mile of new waterproofed roadway and two miles of waterproofed curbs.

The high performance spray applied tunnel waterproofing installation began by preparing the concrete roadway and precast concrete curbs with steel bumpers. The roadway was prepared using a shot blaster and the curbs were abrasive blasted. Compressed air was then used to remove any excess dust and debris from the surface, which could interfere with the bond between the waterproofing membrane and the substrates. The prepared surfaces were then primed using Bridge Preservation™ Primers, specially formulated primer systems designed for use on concrete and metal substrates.

The temperature in the tunnel was approximately 40°F, which is cold enough to halt the curing process of some primer systems. However, the fast curing BD Concrete Primer™ is capable of curing at extremely low temperatures, even down to 0°F. This fast-curing primer system allowed the roadway to be waterproofed less than one hour after the primer application.

Bridge Deck Membrane (BDM), the base spray applied tunnel waterproofing membrane was then installed using two hi-tech spray robots, which allowed for a fast, consistent application of 80 mils, the thickness required to meet the ASTM C836 Crack Bridging Test. Immediately following the application of the base membrane, a 40 mil coat of aggregated BD Top Coat was applied. This slower setting topping membrane allows aggregate to be broadcast into it, resulting in a highly durable non-skid coating that can accept temporary high speed vehicular traffic (<65 MPH). This Aggregated Top Coat also provides additional shear resistance for the asphalt overlay, greatly enhancing the bond between these two layers.

The precast concrete curbs with steel bumpers were primed using BD Multi-Use Primer, a special primer system designed specifically for use on multiple types of substrates. The curbs were then coated using BD Aliphatic Coating, which is a highly durable, UV and color stable coating system. The horizontal portions of the curbs received an aggregate broadcast following the coating application, which provided a non-skid pedestrian walkway.

Island Pavement Cutting Co., Inc. was able to install 102,000 SF of BDM and BD Top Coat, as well as 10,500 SF of BD Aliphatic Coating in only five (5) days. During the final two days, the highly trained installation crews of Island Pavement managed to install a remarkable 60,000 SF of roadway membrane in only 16 hours (two 8 hour shifts). A two inch asphalt overlay was installed over the membrane, resulting in a long-lasting and highly durable waterproofed roadway.

Due in part to the innovative, high performance spray applied tunnel waterproofing products from Bridge Preservation LLC. and the extremely fast installation by Island Pavement Cutting Co., Inc., Massachusetts DOT was able to open the Callahan Tunnel two full days ahead of schedule. 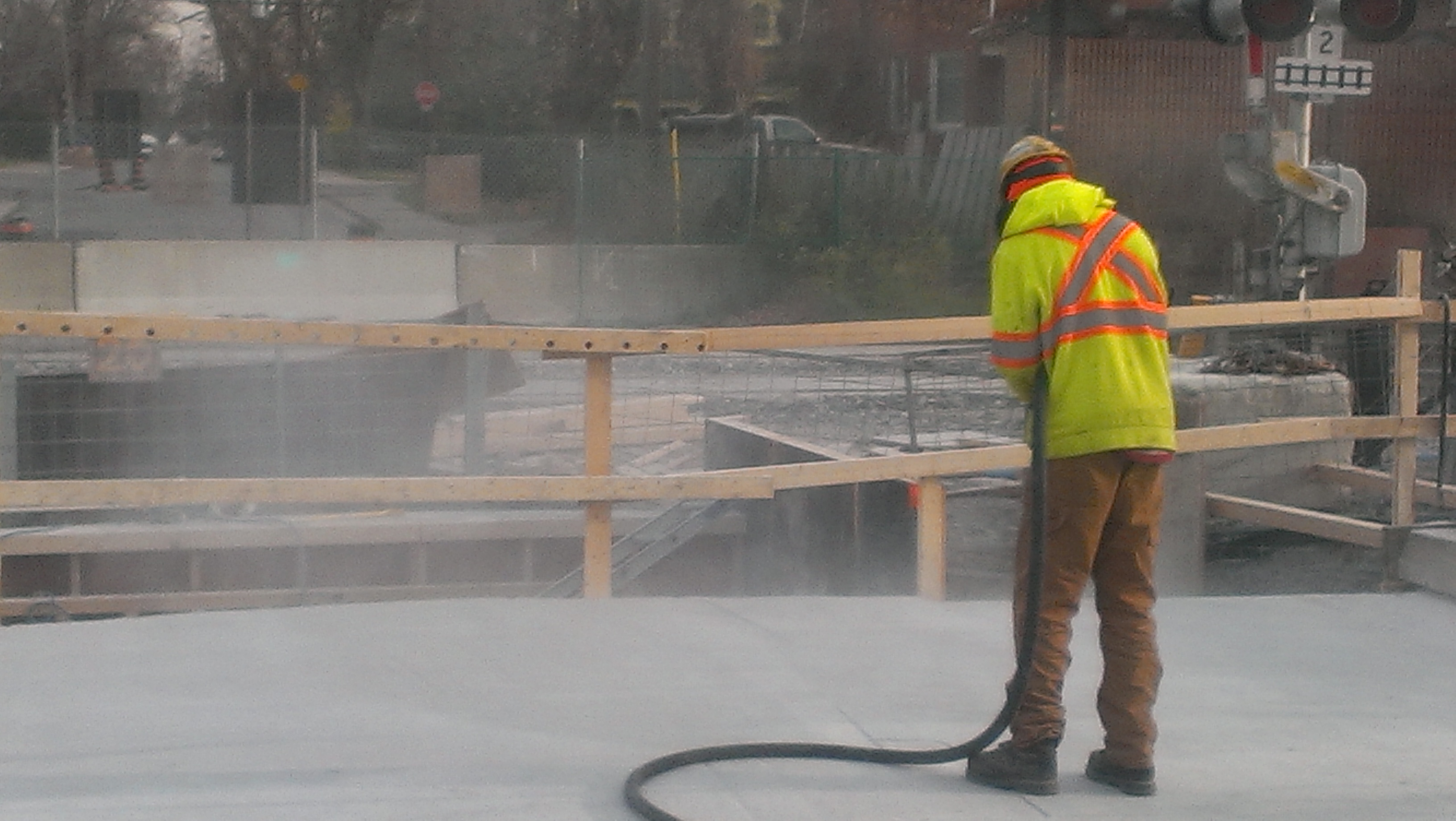 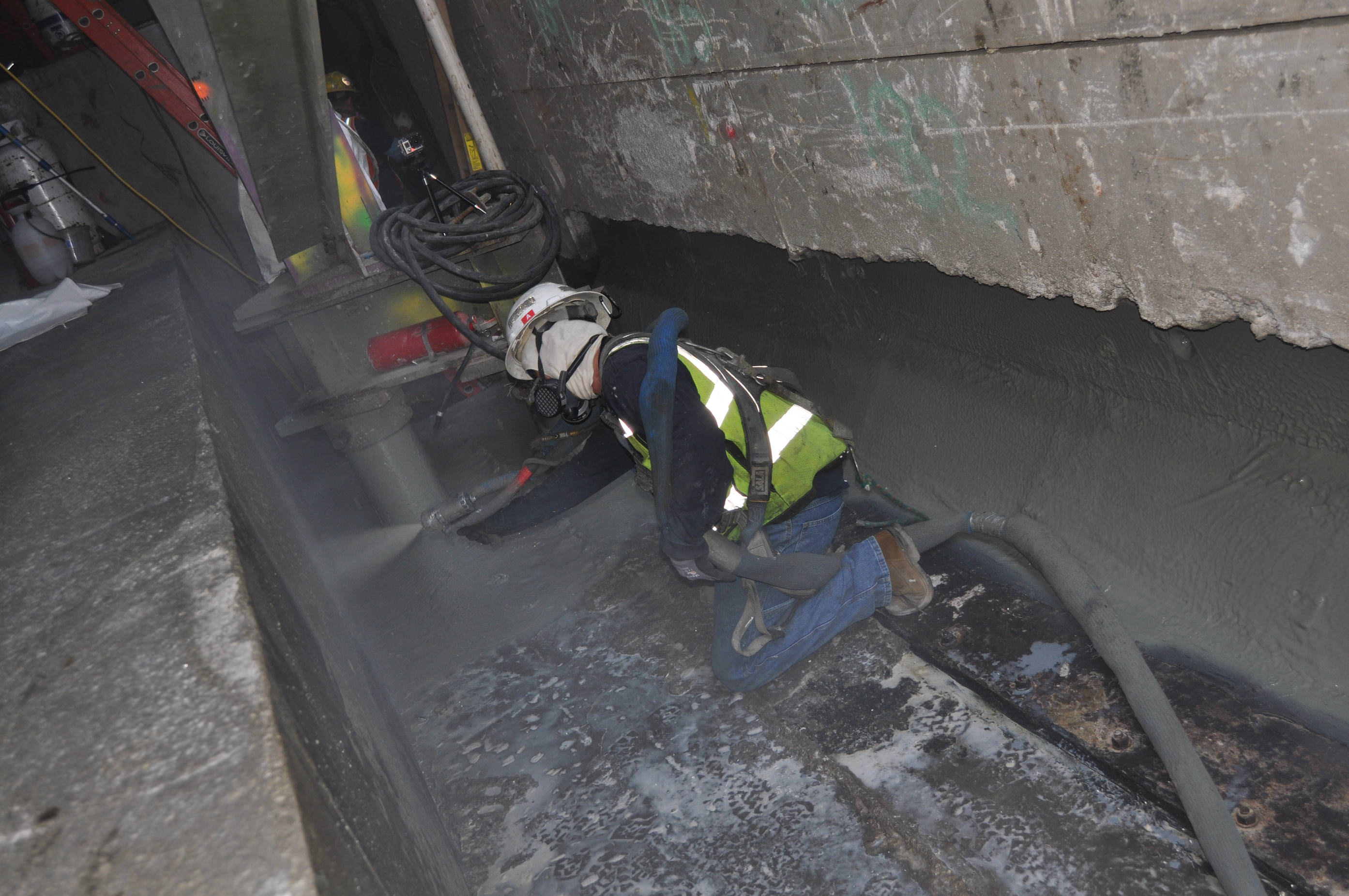